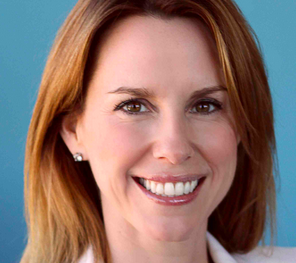 Lionsgate’s Jennifer O’Connell has landed at WarnerMedia, where she will serve as EVP of original non-fiction and kids programming for the business’s new streaming service.

The appointment comes on the heels of O’Connell’s departure from Lionsgate, where she most recently served as EVP of alternative programming, overseeing a slate that includes Kevin Hart: What the Fit for YouTube, Music City for CMT, the recently launched Model Squad on E! and You Kiddin’ Me, executive produced by Kim Kardashian West, for Facebook Watch.

At WarnerMedia, the former Core Media Group exec will report into Sarah Aubrey, head of original content, and develop everything from docuseries to kids’ programmes that work across the business’s entire brand portfolio.

Also joining WarnerMedia is Fox exec Suzanna Makkos, who will be EVP of original comedy and animation. She most recently served as EVP of comedy programming and development.

Makkos – whose past credits include Brooklyn Nine-Nine, Bob’s Burgers, New Girl and The Mindy Project – is to develop new projects such as rom-com anthologies to young adult-focused satire. She will also be tasked with refreshing WarnerMedia’s legacy animation titles.

AT&T chairman and CEO Randall Stephenson confirmed last month that WarnerMedia is to unveil its streaming service in the fourth quarter of 2019. During an AT&T earnings call, Stephenson said the company is planning to demonstrate the paid video service to investors in either September or October.