MY and Newen hit the Dancefloor with Nigel Lythgoe 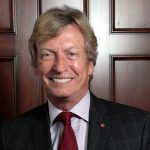 New York-based MY Entertainment has acquired US rights to format Dancefloor Date from Newen Distribution, signing up showrunner Nigel Lythgoe to develop and executive produce the show.

Lythgoe’s credits include Fox hit So You Think You Can Dance and formats Pop Idol and American Idol.

The show, created by created by French production group Newen, combines the talent and dating genre.

Singletons take it in turns to dance behind a screen, where only their moving silhouette can be seen by their potential partner. Based on their moves and chemistry, contestants are eliminated until one is left — when it’s time to see whether the attraction is as strong off the dance floor as it is on it.

Lythgoe said: ‘In DanceFloor Date, we don’t just let them go off on a dancing date alone, we film every aspect of the date and their private emotions and invite them back to view the footage and their off the cuff remarks and participate in an honest discussion. That’s where my favorite part of the format begins. Did they dance beautifully around the floor like Fred and Ginger or did they tread on each other’s toes. The brutal truth comes out about a date of desire or disaster.’

Michael Yudin, founder and CEO of MY Entertainment, said: This project continues our efforts in expanding our ongoing international strategy, and while we have been in the forefront of paper formats for some time, which are now coming back in fashion, we wouldn’t invest our time and expertise in something that wasn’t extremely special. Dancefloor Date certainly ticks that box — as does Nigel.”

Fanchon Giorda, head of development and unscripted at Newen added: ‘We all strongly believe that viewers can identify with this simple idea because we all fell in love on the dancefloor at least once.”

MYE partners with indies to develop programming for both the US and global markets. Recent credits include Norwegian format Dining With The Enemy, represented by Nordic World, which was remade by Travel Channel as Breaking Borders; and Hall Pass, a co-production with Spanish producer Phileas, distributed by Story Lab, which is currently being reversioned for German free-to-air channel RTL2.

Most recently, MYE partnered with Israel’s Gil Formats on Pregnant and Platonic, which has now been acquired by Talpa for Germany, Reservoir Prod for France, ITV Studios for Finland and Bulldog TV for Italy. A UK version of Pregnant and Platonic is also due to air on BBC Two later this year.