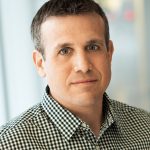 Most recently VP of programming and development for Travel Channel, Butler takes over from Jane Latman who last week was promoted to president of Discovery’s HGTV channel.

In his new role, Butler will oversee the development, production, scheduling and overall operations for Travel Channel, and will be charged with growing its audience and brand.

Before rejoining Travel Channel in 2018, Butler was a member of the executive team that launched Destination America and American Heroes Channel.

Previously, he spent a decade at Travel Channel, from 2000-2010, developing shows like Man v. Food, Ghost Adventures, Bizarre Foods with Andrew Zimmern, and Mysteries at the Museum.

Butler has also worked at PBS, ESPN, and QVC.

“Given the terrific success of Travel’s recent repositioning, coupled with Matt’s long-term impact on the brand, we didn’t have far to go in search of our new GM,” said Kathleen Finch, chief lifestyle brands officer at Discovery.