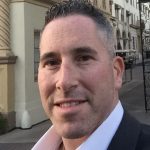 Both will work across Epic’s slate of brands which includes teen drama Slugterra, as well as licensing and television rights to Chaotic.

Slugterra was originally produced by Epic’s Ken Faier at Nerd Corps Entertainment, which was acquired by DHX Media in 2014, and Slugterra aired on Disney XD and Netflix.

Epic recently signed a deal with License Development Group to obtain the global licensing and television rights to Chaotic – a sci-fi/action television series produced by Chaotic USA and 4Kids Entertainment that aired on Cartoon Network, Disney XD and CW 4Kids in the U.S. and Teletoon in Canada as well as six European countries.

Epic founder Ken Faier said: “The company is founded on the belief that creators should be in the driving seat for their IP as it’s developed and expanded – an approach which is attracting talent across the board to partner with us.”

Labi has over eighteen years’ experience in kids and family content distribution, working at companies including kaBOOM! Entertainment, Entertainment One, and Viva Pictures. She also set up Hubble Entertainment, a production, consulting and sales company focused on global distribution.

David Sztoser has worked for over seventeen years in entertainment licensing and merchandising at companies such as New Line Cinema, 4Kids Entertainment and Viacom.