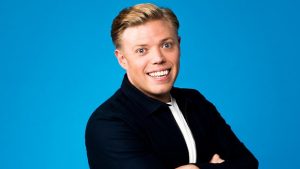 BBC One daytime has commissioned new quiz Head Hunters, which is produced by Tuesday’s Child Scotland and distributed by Keshet International.

To win the rolling jackpot at the end of each show, a winning Head Hunter must answer a question correctly from nine very different categories, in just 90 seconds.

Each day the categories are different. When they’re revealed a Head Hunter might feel secretly confident they can go it alone and win solo, or they might think two, three or four heads are better than one.

If so, it’s down to them to ‘hunt the heads’ that can help them handle all of these questions, recruiting candidates from the Talent Pool by bidding for their services with cash offers.

The Talent Pool is rolling cast with contestants returning for several episodes, with the aim of creating a daily soap opera as allegiances are made, and broken.

The quiz has around 80 questions an episode, with a wide range of specific categories – from Fashion to The Tudors, Chemistry to Romantic Comedies.

Head Hunters will be filmed at BBC Scotland’s Pacific Quay, and will be hosted by comedian Rob Beckett (pictured).

BBC commissioning editor Jo Street said: “If knowledge has a price, how much will our Head Hunters be worth? £15,000? £1,500? Or £1.50? Every episode of Head Hunters will be different – some quizzers could be offered huge amounts by each other, some could be offensively small.”

Head Hunters was commissioned by Jo Street and Dan McGolpin for BBC One daytime.

The executive producer is Karen Smith for Tuesday’s Child Scotland.