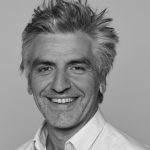 France Télévisions’ head of series and drama international co-productions Médéric Albouy is leaving the pubcaster at the end of the month to set up his own production company, TBI has learned.

As such, Albouy was responsible for the commissions of LincolnTV, Cineflix and Wild Bunch Germany’s spy thriller Mirage, along with the upcoming adaptation of Jules Verne’s Around The World in 80 Days, from Slim Film + TV and Federation Entertainment, to be co-produced for France Télévisions, Rai and ZDF’s Alliance.

Albouy is to set up his own international drama production company together with two associates from the movie industry, TBI understands.