TV channels devote one third of primetime to entertainment formats 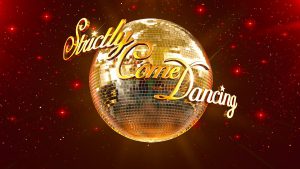 TV channels around the world devoted one third of their prime time schedules to entertainment formats in 2018, according to a new report from EurodataTV Worldwide.

Japan and the United States dedicate 58% and 53% respectively of total prime time on main channels to entertainment programming, while France and Germany devote just 22% and 17%.

“During prime time, entertainment shows helped boost audience figures for three quarters  of the major channels studied, and increased the audience share by 24% compared to the average for the slot. These results prove that entertainment is still a vital genre for this time slot,” noted Candice Alessandra, International Research Manager at EurodataTV Worldwide.

The report says that the countries with the highest number of successful entertainment show exports are: the UK, the United States, the Netherlands, Sweden and Belgium. Programmes include: Got Talent (USA), Strictly Come Dancing (UK), The Farmer Wants a Wife (UK), and Survivor (Sweden), which were all ranked among the top shows in at least five of the 11 countries studied.

Entertainment adaptations accounted for 1/3 of new launches in 2018. They included: Ninja Warrior, adapted for the first time in Israel and The Legacy, Grandpas Over Flowers, a South Korean format that was successfully adapted in the Netherlands.

2018 also signalled a rise in popularity for reality competitions, with 14 new launches. Within this category, talent shows dominated with international launches for shows such as The Voice, The Great Bake Off, Got Talent and Sewing Bee.

Meanwhile, older formats such as The Generation Game, Who Wants to Be a Millionaire and The Brain returned to screens in the UK and Italy.