Avenue 5 was given a pilot order by HBO last September and was filmed in London.

Described as a space tourism comedy, Avenue 5 is set 40 years in the future when “the solar system is everyone’s oyster”.

Kevin Loader, Simon Blackwell, Tony Roche and Will Smith will executive produce alongside Iannucci, who directed the pilot. 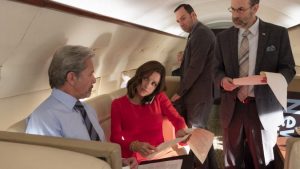 Iannucci created HBO’s Veep (pictured), now in its seventh and final season, and received an Oscar nomination for his screenplay for the film In The Loop.