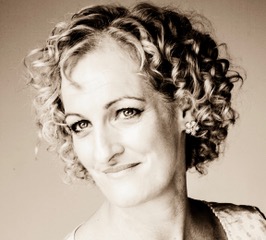 Axelsson is a multi-award-winning executive producer whose recent credits include Snow Bears for BBC One and wildlife drama series Serengeti, both of which were produced by John Downer Productions.

Formerly a producer at the BBC’s prestigious Natural History Unit, in 2014 she moved on to become a BBC commissioning editor in the specialist factual department, a post she held for three and a half years.

Axelsson’s association with OSF began in 2004 when, as a freelance series producer, she helped create the global hit series Meerkat Manor for Discovery – one of the first series in which the narrative techniques of a soap opera were employed to reveal the complex social lives of animals.

Clare Birks, chief executive at OSF, said: “I have long admired Lucinda as a hugely talented producer. There are few executives in the industry with her breadth of experience, particularly in natural history, a genre where we are experiencing an unprecedented demand both in the UK and internationally.”

Caroline Hawkins, creative director at OSF, added: “Ever since the happy days of Meerkat Manor series one, we have talked about getting back to together.  I’m delighted we’ve been able to make that happen at last and extremely excited about the creative possibilities our new collaboration opens up.”

Axelsson said: “I am delighted to be joining such a highly respected and hugely creative team with an incredible track record for making popular and intelligent factual TV. It’s a really exciting time to be making natural history programmes and we have big plans for the future.”