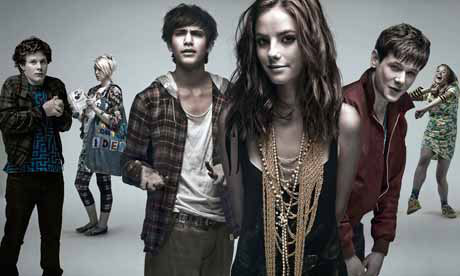 Pluto TV Drama will host recent international scripted series from the UK and around the world.

The line-up will feature the best of British and incorporate titles such as The Village, Skins and Ultimate Force.

Meanwhile, Pluto TV Retro Drama will focus on nostalgic classics from the 1970’s, 80s and 90s. The channel will incorporate classics such as Johnny Depp’s 21 Jump Street.

‘Hoarding: Buried Alive’ will follow teams of therapists and professional organisers who come to the aid of compulsive individuals, 24 hours a day for one week only.

More permanently, Pluto TV ‘Her Dramas’ will focus on romantic series, and ‘Cult Films’ will look at cult classics.

“At Pluto TV we strive to create form fitted environments with programming that designed to attract all types of viewing audiences,” said Olivier Jollet, MD, Europe, at Pluto TV.

“PlutoTV Drama and Pluto TV Retro Drama are emblematic of our thematically driven linear channels incorporating a mix of established and discoverable content, stemming from our elite pool of content partners, to create highly dynamic and engaging viewing experiences.”