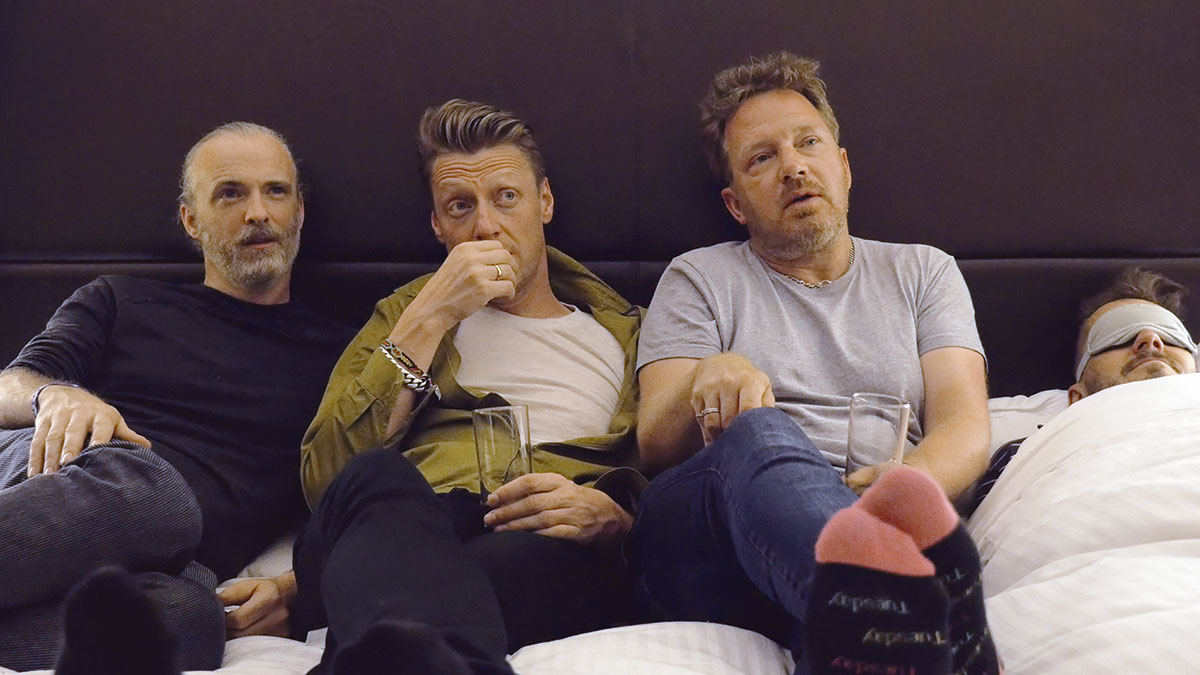 Distributor: Limonero Films
Producer: Gezellig Pictures in association with Final Cut
Logline: A music critic is invited by one of his least favourite bands to cover their tour in Mexico

What most people may not know about Scottish pop band Travis is that they have a thick skin. How else could any group invite one of their worst critics to join them on tour?

Travis frontman Fran Healy – who wrote many of the band’s hit songs, such as Why Does It Always Rain On Me? and Sing – also directed the film.

The Los Angeles-based musician got the doc bug after making a film for the band’s last album and, looking to take a different angle on the rock doc, invited music journalist and Travis sceptic Wyndham Wallace to join them on a tour of Mexico.

“I knew Wyndham didn’t like the band and I thought that was a cool lens to look through, rather than have someone who could be fawning over us,”
he says.

What ensues is a film that is as much about music criticism as it is about the band, involving interviews with several not-so-favourable critics, who speak candidly about
the group.

“There are some journalists in the doc who seem to be about music,” explains Healy. “There are others who are about music but also a bit about pizzazz and danger. If you’re not Jim Morrison or Amy Winehouse falling out of the local pub, they think it’s boring.

“Sitting for months on end listening to people talking about you – that took its toll,” laughs Healy. “I had to stop for three weeks. I couldn’t take it. It got me sad.”

The resulting film, however, is a delightful snapshot of the iconic band drawing from around 90 hours of footage tour and archive of the group from its Britpop years.