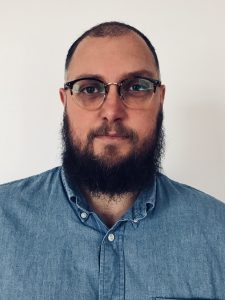 The exec has joined as director of unscripted development, a newly created role. Reporting into Vice Studios UK creative director Yonni Usiskin, he will lead the production arm’s development slate for factual and fact ent content across the UK.

Bricknall will also deliver a strategy for the business’s continued expansion in working with third-party networks and SVODs. He will also coordinate activity with Vice Studios US and the youth-skewing brand’s international offices.

Vice Studios launched in the UK in 2017 and has delivered commissions including The Satanic Verses: 30 Years On (BBC) and Britain’s Cocaine Epidemic (Channel 5).

Usiskin said: “Steven’s appointment marks an important step in Vice Studios’ success and development. We are sending a signal that we are growing our business and consolidating our reputation for creating gripping, award-winning unscripted content for audiences around the world. Steven brings an impressive track record in creating and delivering television hits as well as driving new business. He will be well supported by the team including Lexi, whose time with us has seen her build on her experience and help deliver some of our most noteworthy titles. I can’t think of two better people to take the business forward.”

Bricknall added: “It’s an incredibly exciting time to be joining Vice Studios as they embark on this ambitious new phase in the business. Yonni and his team have built a brilliant reputation as innovative, insightful and exciting programme makers; I’m looking forward to continuing their good work and to creating the next generation of returnable factual and factual entertainment hits with Vice’s unique tone and disruptive sensibility.”