Canal+ has launched its new streaming service. Canal+ Séries will be available for €6.99 a month and will offer a mix of original series and international acquisitions. 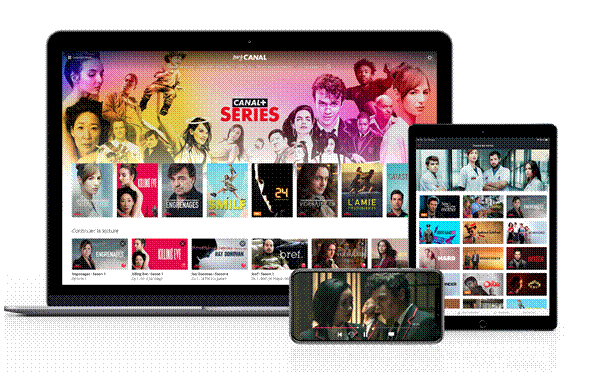 The service will be available without an ongoing contract. Subscribers will be able to access up to four streams simultaneously and pricing will be designed to enable shared subscriptions, with the pay TV outfit charging €9.99 for two users and €11.99 for up to four users.

Canal+ said that Canal+ Séries will be available via its MyCanal platform and via OTT, with the aim to also distribute it via platforms that currently offer Canal+ pay TV services.

Canal+ will offer a number of recent productions from US pay TV service Showtime exclusively, including Billions and Smilf, along with FX titles Pose and What We Do in the Shadow. Complete seasons of The Americans, Sons of Anarchy andDexter will also be available.

“Canal+ Séries marks a new stage in the transformation of our offerings started two years ago. A transformation in terms of usage, to better respond to new consumer habits. And also a digital transformation to reach new audiences in France and internationally. This transformation will demonstrated above all by the MyCanal app, acclaimed by its users. MyCanal is a unique platform with, live or on-demand, sport, French and Hollywood movies a few months after their theatrical release, , series, documentaries etc. In total, thoursands of hours of programming from the best providers of content, to consume anywhere, anytime. Canal+ Séries is a new building block that has just been added to our digital offering,” said Canal+ CEO Maxime Saada.

Reports that Canal+ was planning to provide a replacement for its CanalPlay offering, which had lost the bulk of its subscriber base in what Saada characterised as a unequal battle with Netflix in which it had been crippled by restrictive French regulations, emerged in January.

French competition regulator the Autorité de la Concurrence ruled in June 2017 that Canal+ should be allowed to offer some shows exclusively after a long period when non-exclusivity was imposed as a condition for approval of its 2006 merger with rival pay TV service TPS.

Speaking at a French Senate hearing last July, Canal+ CEO Maxime Saada blamed the restriction for a disastrous collapse in CanalPlay’s subscriber base from 800,000 to 200,000. Saada told a Senate committee at the time that the easing of the restriction in 2017 was too little, too late to save CanalPlay, and that France’s restrictive content distribution rules would kill off French fiction in the international market.