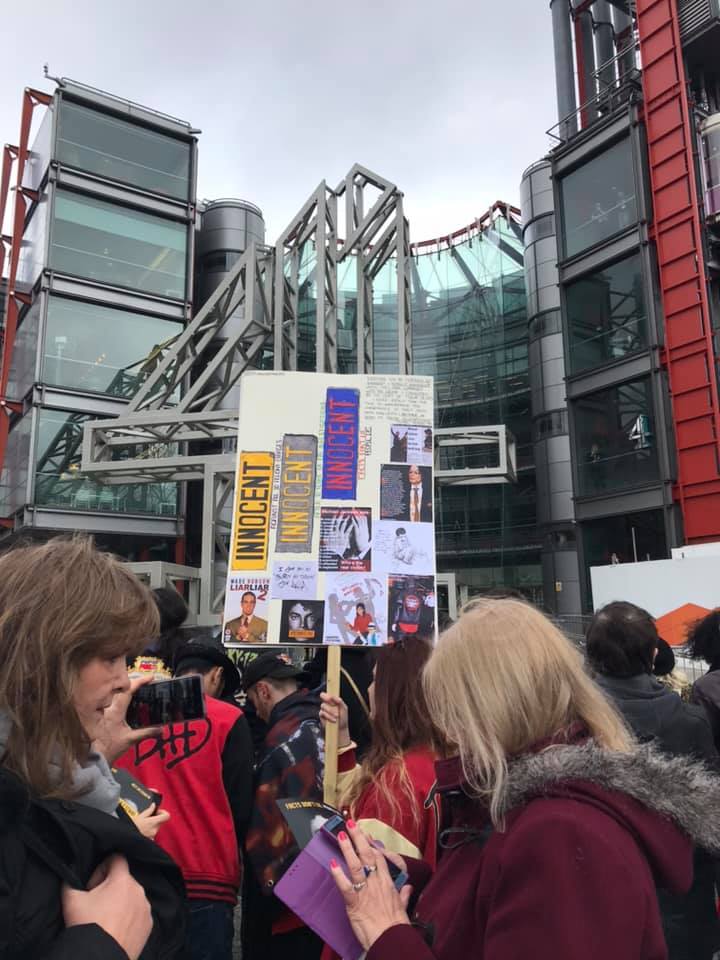 Dan Reed’s feature doc Leaving Neverland garnered a peak audience of 2.4m for the UK’s Channel 4 amid protests at the channel’s London headquarters.

The controversial HBO/Channel 4 co-production, which premiered at the Sundance Film Festival in January to great acclaim, centres on two men, Wade Robson and James Safechuk, who claim they were sexually abused by the late singer when they were young children. The four-hour film is divided into two parts, with each airing across two commercial hours on consecutive nights.

Entitled ‘Michael Jackson and Me’, the initial instalment features interviews with both men, who are now in their 30s, and their mothers, who accompanied them to meet Jackson as youth – one family ultimately relocating from Australia to Los Angeles to be closer to the star. Graphic and extensive detail about the men’s alleged encounters with Jackson is presented throughout, sparking impassioned reactions across social media.

The film’s UK premiere was marked by a large protest outside Channel 4’s Horseferry Road offices in Westminster on Wednesday (6 March), with more than 100 people gathered to voice their support of Jackson and his innocence.

A Facebook event for the protest lists the organisers as Michael Jackson’s Children United Worldwide – Hospital Fund, and called on Jackson’s “army of Moonwalkers” to come together to both protest and boycott the release of the film on Channel 4.

“As Michael’s innocence was proven by a court of law and a 10-year FBI investigation, this is legally considered defamation of character. This mendacious documentary should not see the light of day,” reads the event description.

The protest is connected to a large-scale campaign to maintain Jackson’s innocence. A GoFundMe fundraiser launched to raise money for “MJ is Innocent” posters on London double-decker buses has so far raised £15,000.

In a statement addressing the protests, a Channel 4 spokesperson told TBI: “Leaving Neverland: Michael Jackson and Me examines allegations of sexual abuse of young boys made against Michael Jackson and carries testimony from men who speak about their childhood experiences with Mr. Jackson.

“Channel 4 has a remit to deliver high quality news and current affairs, and an excellent track record for investigative documentary journalism. It is in the public interest to allow these individuals to tell of their interactions with Michael Jackson. He was of course a high-profile figure whose work still entertains millions of people but who was previously accused of child sex abuse. Viewers will make their own judgement about the testimony of the two victims interviewed in the film.”

Leaving Neverland similarly aired across two nights on HBO – a release agreement that likely reflects the level of investment for the film, with the WarnerMedia-owned channel providing the lion’s share of the financing. HBO broadcast the programme on Sunday (3 March) evening, in a slot traditionally reserved for premium drama premieres such as Game of Thrones, and Monday night.

Part one of the film drew 1.3m, according to US measurement body Nielsen, making it the third most-watched doc in the last 10 years for the channel, behind Alex Gibney’s Scientology film Going Clear and the Prison of Belief (1.7m) and Carrie Fisher doc Bright Lights (1.6m).

With catch-up viewing via streamers HBO Go and HBO Now, the film’s first half had drawn 1.7m by Tuesday.

The film’s international distributor Kew Media Distribution said earlier this week that it has received “unprecedented” interest in the doc, so far brokering more than 130 deals around the world.

Additionally, there are a “considerable” number of deals in the final stages of negotiation, according to the distributor.

The doc was commissioned by HBO’s Nancy Abraham and Lisa Heller and Channel 4’s Tom Porter and Daniel Pearl. It is produced by Amos Pictures.