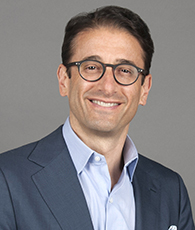 As president Hunegs will be in charge of all areas of the studio’s operations, including ABC Studios, ABC Signature, Twentieth Century Fox Television and Fox 21 Television Studios.

He will report to Dana Walden, who will become Disney Television Studios and ABC Entertainment chairman upon the close of the transaction.

Hunegs was most recently president of business and strategy at Warner Bros. Television Group’s the founding president of Warner Bros. Digital Networks where he oversaw the development of its over-the-top-services including DC Universe and Boomerang.

He departed the company in December 2018 as the newly formed WarnerMedia, which will launch a streamer focused on Warner Bros., HBO and Turner content at the end of 2019, appointed AT&T Entertainment’s Brad Bentley as general manager and executive VP for direct-to-consumer development.

At WBTVG, Hunegs was responsible for overall TV Group performance and for creating growth across the business. He actively managed production for US broadcast, basic and premium cable networks and SVOD services.

Hunegs has worked with high-profile shows such as Friends, ER, The West Wing and The Big Bang Theory.