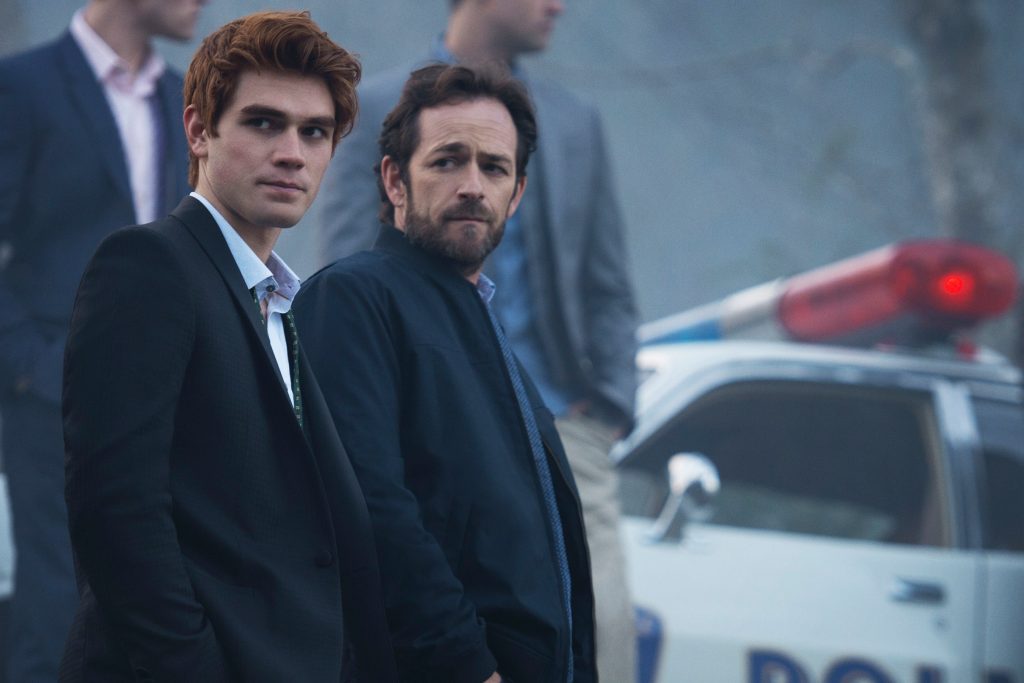 The CW has shut down production on hit drama Riverdale following the death of actor Luke Perry.

Perry, who played the role of Archie Andrews’ father on the series, which is based on the Archie comics, died on Monday (5 March), less than a week after suffering a massive stroke. It is as yet unclear when production on the show will resume, or how it will address the actor’s death, according to Variety, which first reported the news.

Perry famously played bad boy Dylan McKay on Beverly Hills 90210 for the majority of the teen drama’s 10-series run, before going on to do select US dramas, such as Oz and Windfall.

Riverdale, which airs internationally via Netflix, revived Perry’s star. A series regular, he had recently been filming scenes for the show when he was first taken to hospital last Wednesday (27 February) after paramedics were called to his home in Sherman Oaks, California.

The drama is produced by Warner Bros. Television and CBS Television Studios, in association with Berlanti Productions and Archie Comics.

“We are deeply saddened to learn today about the passing of Luke Perry. A beloved member of the Riverdale, Warner Bros. and CW family, Luke was everything you would hope he would be: an incredibly caring, consummate professional with a giant heart, and a true friend to all,” reads the statement.

“A father figure and mentor to the show’s young cast, Luke was incredibly generous, and he infused the set with love and kindness. Our thoughts are with Luke’s family during this most difficult time.”

Perry’s Riverdale commitments likely prevented him from being part of the new show, though it was understood that he was open to guest starring.

Produced by CBS TV Studios, the six-episode show will be titled 90210 and is to air this summer.