Discovery Channel has swooped for the BBC’s six-part natural history series Serengeti from American Idol creator Simon Fuller, a week after it emerged that the channel is reportedly teaming with the British public broadcaster on a new natural history SVOD.

Reports claimed last week that Discovery and the BBC have agreed to pool natural history and wildlife shows for a new streaming service, which will be Discovery-owned. The BBC is to license back-catalogue natural history content to the service, including the likes of Blue Planet and Dynasties.

While it is unclear whether Serengeti – which is being pitched at next week’s BBC Studios Showcase – forms part of the new platform, it signals a growing openness by Discovery towards big-budget acquisitions, as well as co-productions.

Serengeti is created by Fuller and executive produced by veteran wildlife filmmaker John Downer and Fuller. It is directed by Downer, and produced by Fuller’s XIX Entertainment and John Downer Productions. The project was commissioned for the BBC by Tom McDonald, head of commissioning for natural history and specialist factual.

Meanwhile, Discovery is also readying event special Expedition Unknown: Egypt Live, which will feature Josh Gates going into the inner chambers of an excavation site where around 40 mummies are believed to lie buried.

The special comes just weeks after Discovery factual boss Nancy Daniels pointed out that Scripps hits such as Expedition Unknown on Travel Channel are increasingly migrating to the flagship Discovery channel.

Leslie Greif is exec producing for Big Dreams, while Sandy Varo Jarrell, Peter Isacksen and Jason Sklaver as EPs for Discovery Studio. For Ping Pong, Brad Kuhlman, Casey Brumels and Gates are EPs, and for Discovery, Howard Swartz is EP. The programme will air on Discovery on 7 April.

Greenlights for ID, Travel and TLC

Elsewhere, Discovery unveiled a host of new programmes greenlit across its portfolio as part of the TCA winter press tour in California.

Investigation Discovery has ordered three-part special The Atlanta Child Murders from Will Packer Media and Jupiter Entertainment. The programme follows a 23-month period in the 1970s when 29 African-American children were kidnapped and murdered in Atlanta.

Over at Travel Channel, America Unearthed is being resurrected. Produced by Committee Films, the series finds forensic geologist Scott Wolter looking to present evidence that tells a different story about the creation of the US. The series previously ran for three series on A+E Network’s now shuttered H2 channel, where it was cancelled in 2015.

Travel has acquired the past three series of the programme and has ordered a 10-episode fourth series, set to debut this summer.

Meanwhile, TLC has commissioned Alkemy X for wedding special Drag Me Down The Aisle, which follows four of America’s most beloved drag queens as they help a struggling bride salvage her big day. The programme premieres on 9 March. 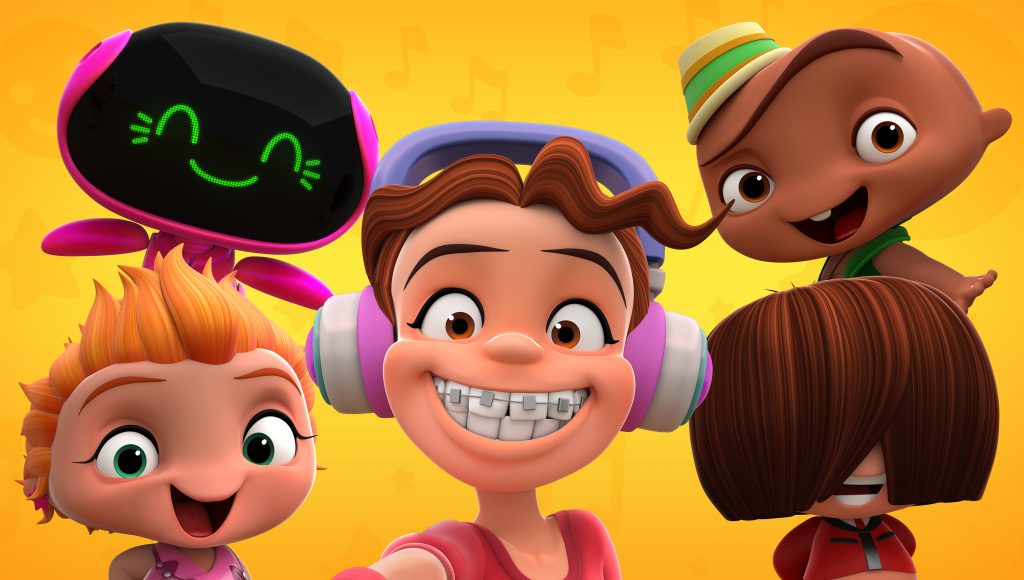 Discovery International has launched a new unit to develop, commission, co-produce and distribute kids animated and live-action content for both linear and digital platforms.

Discovery Kids Media (DKM) will be overseen by Carolina Lightcap, EVP and chief content officer for DLA/USH. Danielle Davies has also joined the company as VP of kids content partnerships and revenue for Discovery Kids Media. She will be responsible for leading the exploitation of all titles created by DKM, as part of Discovery International’s program sales and consumer products team.

DKM is to distribute a roster of projects, including Mini Beat Power Rockers out of Discovery Kids LatAm, Apartment 11 Productions’ Big Top Academy, which is produced with DK and TVO Kids in collaboration with Cirque Du Soleil Images, and live-action series Zu & Her Zoo.

DKM also has over 15 projects in development. It has been active in co-productions with companies such as eOne Family, Zodiak Kids and TV Pinguim, among others.