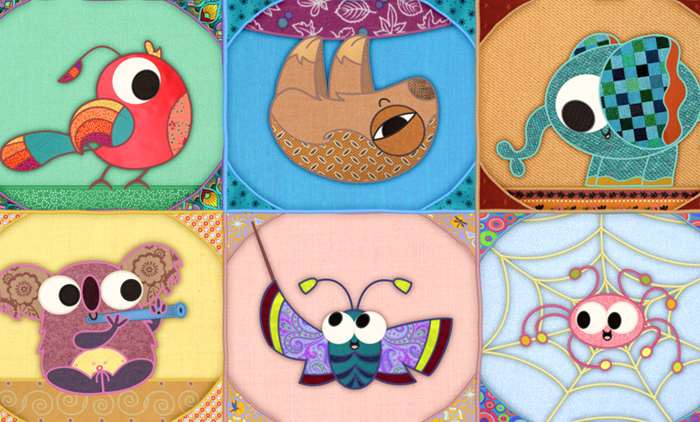 Under the deal, WeKids will take over distribution for Beta’s German animated pre-school series Patchwork Pals (52 x 4 minutes) in China, Taiwan, Hong Kong and the rest of Asia, as well as English-speaking Canada.

The show, which is co-financed by WeKids, was pre-bought by the BBC, where it airs on CBeebies. It is directed and designed by Angela Steffen, with a second series being produced by Studio Film Bilder and supported by MFG Filmförderung Baden-Württemberg.

Series two will be delivered beginning in September.

Beta Film and WeKids have already been working together in China, Taiwan and Hong Kong on programmes such as series Boo Boom and Rusty.

Future collaborations between the two companies will include additional titles from Beta Film’s kids and family catalogue.

Sean Chu, president and founder of WeKids, said: “WeKids is excited to be working with Beta Film in bringing their outstanding kids’ animation to China, Taiwan, Hong Kong, Asia and English-speaking Canada.

“Patchwork Pals is a unique property with eye-popping animation and design that will make it an enduring favorite for Chinese kids and families. Indeed, Beta’s kids and family catalogue contains world-class properties that share characteristics that Chinese and Asian audiences love: memorable characters, high-quality animation, exciting, classic and engaging stories, and most important to parents in Asia, positive social and emotional messaging that is developmentally appropriate to their children.”

Claudia Schmitt, VP of international sales and acquisition for kids and family entertainment at Beta Film, added: “In WeKids we have found a partner who understands to support and distribute children’s entertainment programs on a very high level.”