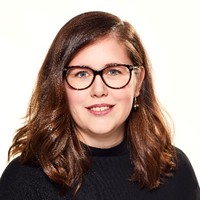 The exec joins the Killing Eve distributor as it looks to expand its European footprint.

In the newly created role, which is based in Munich, she is to oversee sales of scripted and non-scripted programmes and formats in Germany, Austria and German-speaking Switzerland.

She will also secure partnership opportunities for the business.

Offergeld most recently served as senior sales manager for German broadcaster WDR’s commercial arm WDR Mediagroup, based out of Cologne.

Prior to that, she worked as a junior sales manager and sales coordinator for Red Arrow International out of Munich.

In April 2018, Endeavour Content hired former Armoza Formats and TVF International exec Yael Shaoulian as VP of non-scripted sales, based out of London.