TBI asked specialist factual commissioners to reveal their wishlists and programming strategies for 2019. Here is what they said. 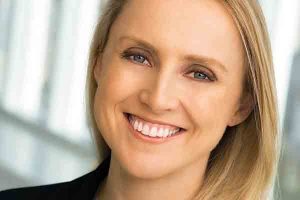 McDaid says the global broadcaster is most interested in ideas “that speak to the inspirational and aspirational nature” of Nat Geo as a legacy brand. “Our tentpole areas include, but are not limited to, science, innovation, adventure, exploration, natural history, environment and sustainability.”

The channel prefers series that have the potential to return, but all ideas – including pitches for singles, feature docs and formats – are welcome.

While Nat Geo, which will soon sit under the Disney portfolio following the Mouse’s acquisition of 21st Century Fox, generally takes worldwide rights for its suite of global channels, the business is increasingly open to international co-productions, says McDaid, who says the broadcaster assesses these deals on a “case-by-case basis”.

The exec advises that some slots are still available for 2019, but her “primary focus is 2020 and beyond, where there is significant opportunity”.

While Nat Geo has grabbed headlines – and Oscar love – for premium feature docs such as Jane and Free Solo alongside high-end series such as One Strange Rock and Mars, McDaid insists that the most important criteria for her are “originality, ambition, global appeal and scale”. “This can be achieved across a myriad of price points,” she says. 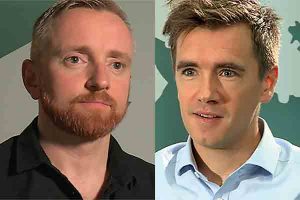 “Pleasure” is the programming through-line across specialist factual at the BBC, with both Simon Young and Craig Hunter encouraging producers to bring them uplifting content that tackles heavy topics in lighthearted ways.

Hunter is keen for “more programmes about the environment that aren’t just doom and gloom” while Young tells producers “not to presume what history is to the BBC”.

He cites 72 Films’ A Dangerous Dynasty: House of Assad for BBC Two, which tells the story of Syria’s Assad dynasty, including Bashar and Asma’s journey to become president and first lady of Syria. “I want to find the next history box set,” says Young.

The commissioner advises producers to keep an open mind around history programming, pointing to Atlantic Productions’ hour-long doc The Coronation for BBC One, which reveals the story of the Crown Jewels and the ceremony for which they are used. “To us, that fits the bill of a history programme,” he says.

Hunter is looking for more social experiments, such as Outline Productions’ No More Boys And Girls: Can Our Kids Go Gender Free? for BBC Two, in which a mixed year three class on the Isle of Wight receives a term of gender-neutral treatment. 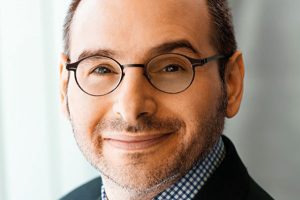 The main filter for the Discovery-owned channel – known internationally as Discovery Science – is “is it cool and reflective of the exciting times we live in?” says Etkind, adding that the current brand is “mind blown”.

“The US is very divided right now, and some people are anti-science. But we’re on track to have the highest-rated year ever in the channel’s history, so despite all the anti-science, there’s something about science and tech that is still resonating and exciting people.”

In addition to science and engineering, Etkind wants programmes that broach these fields through other means. “Mystery is another strong genre, and these can be classic mysteries such as who built the pyramids, to more modern mysteries such as what did Tesla really build?”

The exec references recent docuseries commission Houdini’s Last Secrets. “We had a magician rebuilding Houdini’s escapes. You think of Houdini as a magician but he’s really an engineer.”

Just as talent is key for most broadcasters today, it also figures prominently in Etkind’s commissioning strategy. “The more US-focused and organic talent you have, the more likely we will commission and the higher we will pay for it.”

Producers also need to ensure programming can work on the main Discovery channel as well. “If a show is just for Science, we will pay less than if it has a larger life on Discovery. If it’s not broad enough to play on the bigger channel, we may not commission it.”

The exec highlights that Discovery is growing its synergy with Scripps brands post-merger, providing Discovery’s iconic Shark Week as one example.

“There was a lot of cross-promotion this year, with Food Network chefs building giant Shark cakes. Similarly, [Scripps’] Travel Channel is going heavily into mystery and space and so are we, so we are both looking at programmes there.”

Sweden’s public broadcaster SVT is actively looking for pitches for its hour-long Sunday primetime slot focused on natural history. Programming must be blue-chip with a sense of humour and elements of science –without being too heavy-handed – and, most importantly, with as few talking heads as possible. Series are best, and SVT prefers pre-buys over co-productions.

“It is important for us to secure long-term VOD rights,” says Österby. “If a filmmaker presents a good idea, we can put some money towards the show so we get that program and don’t have to wait for it.”

He adds: “We don’t consider ourselves co-producers, but rather co-financiers. However, we are happy to be in communication around editorial.”
The exec says SVT discourages boxsetting programmes, preferring to be innovative with its scheduling. “If it’s ten hours, we will air two hours each consecutive day” rather than making an entire boxset available on catch-up.

Unlike many commissioners, Österby is candid about the challenges of the digital world and finding audiences. “The competition is so much harder,” he says. “We have the biggest channel in Sweden, but if I put something online, no one watches it because they don’t know it exists.”