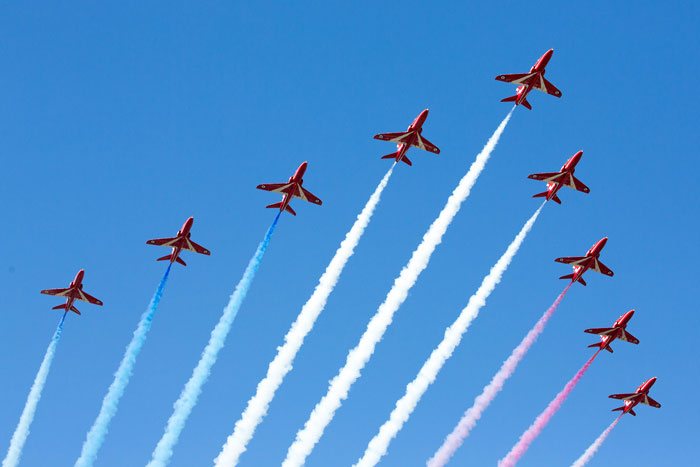 The channel has ordered a 6 x 60-minute series entitled The Red Arrows: Kings Of The Sky, which is to air on 9 January at 9pm.

The Red Arrows are the world’s most renowned aerobatic display team, famous for precision flying and synchronised manoeuvres.

Across the series, Channel 5 tells the story of the squadron as it creates a new display and embarks on a challenging season. The series also showcases the work of the ground crews, engineers and back room teams who help to coordinate shows.

The Red Arrows: Kings of the Sky is produced and directed for Shiver by Jamie Simpson.

The series is the third military programme recently commissioned by Channel 5, following the success of Warship: Life at Sea and Raw Recruits: Squaddies at 16.

Guy Davies, commissioning editor for factual at Channel 5, said: “We are incredibly proud to deliver  the most in-depth documentary on the Red Arrows in a generation. We’ll get to know the cast of characters, and put Channel 5 viewers right at the heart of the action, giving them a taste of what it’s like to be in the cockpit of a jet flying complex aerobatics at 600 mph, within just six feet of its neighbour’s wing tips.”

Mike Blair, exec producer at Shiver, added: “This is a series that not only showcases some of the most jaw-dropping flying and aerobatics, it also gets up close and personal to an amazing group of people, the pilots and engineers who make up the Red Arrows. They gave us 12 months of access during one of the hardest years in their history, revealing their human face as they dealt with tragedy, and their passion and professionalism in the sky and on the ground.”