Creative Europe has issued advice to UK organisations on how to coordinate existing or upcoming funding programmes in the case of a ‘no deal’ Brexit. 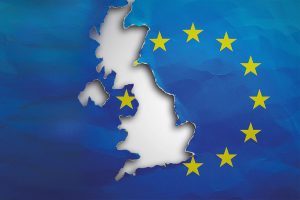 The European Union funding programme for the cultural and creative sectors for 2014-2020, has advised that UK organisations continue to apply for funding but also that they follow further guidance in the event that the UK and the EU do not reach a deal.

In the event of a ‘no deal’, Creative Europe says that the UK government has provided reassurance that it will underwrite the payments of awards for the UK organisations that have already successfully bid for funding.

This will include projects that are only informed of their success or sign a grant agreement after the UK’s withdrawal from the EU on 29 March 2019.

The UK department for digital, culture, media and sport (DCMS) is responsible of the guarantee for Creative Europe. Successful applicants with projects that run over the leave date can expect to hear from Creative Europe Desk UK and DCMS between now and March 2019 about next steps.

The guarantee will apply only to project applications that are selected. It is not clear whether UK-led applications can be selected after 29 March 2019. The UK government will work with the European Commission to agree on the eligibility of UK partners after the EU Exit.

The European Commission included a clause for British applicants in the Creative Europe guidelines and calls for proposals. This clause states that if the UK withdraws from the EU during the grant period without concluding an agreement with the EU to ensure that British applicants continue to be eligible, they will cease to receive EU funding (while continuing, where possible, to participate) or be required to leave the project on the basis of the termination criteria in the grant agreement.

In the event that the UK reach a deal with the EU prior to exit, UK organisations can continue to apply for EU programme funding until December 2020 as originally agreed in the Joint Report for the European Council in March.

DCMS has advised that UK organisations can continue to apply for the forthcoming Creative Europe MEDIA and Culture sub-programme calls.

Furthermore, in this case UK organisations will have exactly the same rights and obligations as other countries participating in the Creative Europe programme until the end of the current programme.

In the event of a deal, successful Creative Europe applicants from the UK can receive funding until the end of their projects (even if they run beyond 2020).

The decision on whether the UK can participate in the next programme (2021–2027) will be taken as part of the future partnership negotiations with the EU.

The UK Government’s Brexit White Paper, published July 2018 has expressed that it would continue to explore involvement with the scheme.