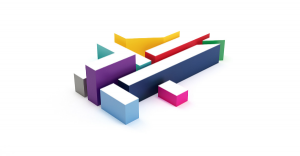 The timely doc will investigate the heated debate in American school boards around arming teachers for the first time to protect vulnerable pupils in a crisis. Many US schools today are simply waiting for an expected gun attack from disaffected pupils.

Training Teachers to Kill will have exclusive to FASTER, one of America’s most controversial summer schools where high school teachers are trained to use guns. It will also revisit Butler County Ohio, where a mass shooting occurred two years ago.

The doc will be directed by award-winning Kira Phillips (My Baby’s Life: Who Decides). It will be executive produced by Katie Buchanan and was commissioned by C4 editor Charlotte Desai.

Buchanan, creative director at Sundog Pictures, said: “After the Parkland School massacre in Florida, Trump’s tweet that teachers should be armed made headlines around the world. His suggestion that teachers should be armed sent shockwaves. In reality there are actual training centres which focus on teaching high school teachers how to shoot in order to protect pupils in their school.  We gained access to one of these to find out what was going on.”

Johnny Webb, CEO at Sundog Pictures, added: “Telling stories that make a difference is what Sundog is all about. Training Teachers to Kill  follows a line of high-profile, headline-hitting films looking at big issues, including Breaking The Taboo: The War On Drugsand #deathpenaltyfail, our innovative exploration into why the American death penalty system is not working.  We are keen to continue to shine a light on the stand-out issues of our time and bring them to new audiences.”