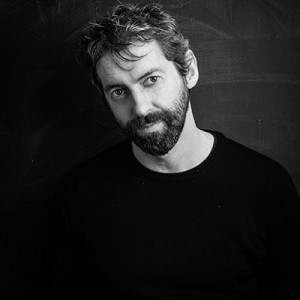 The new label will commission and develop original scripted ideas from a range of storytellers from around the world.

Delamere, who is also the founder of digital platform for the arts Digital Theatre, will head up the label and the lead creation of original scripted IP in the podcasting space.

The label will launch with two inaugural projects: Baby, It’s Cold Outside and Director’s Cut (WT).

The former is by writer Regina Moriarty and puts an audience in the mind of an ordinary man struggling with homelessness. It is developed by Duck Soup Films, which Fremantle has a stake in, and in association with UK homeless charity Crisis.

Director’s Cut is by Kill The Beast, a comedy theatre group. The dark comedy wraps a murder mystery around a troubled film set that battles with the never-ending creative process and big egos.

Storyglass is a partnership between Fremantle’s Shotglass label in the UK and the company’s Global Drama division.

Delamere said: “Podcasting is a great space to develop and test new ideas with audiences, and the market is wide open for imagination-grabbing drama series. Fremantle, with its storytelling expertise, is in a unique position to attract ground-breaking talent and deliver great content to global audiences.

“So, we are delighted to launch the label with new series from the joyful and anarchic Kill the Beast and a raw and uncompromising work from celebrated screenwriter Regina Moriarty.”

Sarah Doole, director of Global Drama at Fremantle said: “We have built a reputation for delivering compelling, high end drama around the world. Through that process we have discovered so many wonderful stories waiting to be told. The opportunity to work with fresh talent in an entirely new field is truly exciting for us and I’m thrilled Robert is joining us to provide the creative driving force for this new journey.”