Op-ed: SVT’s immigrant-focused catch-up service is a lesson in inclusion 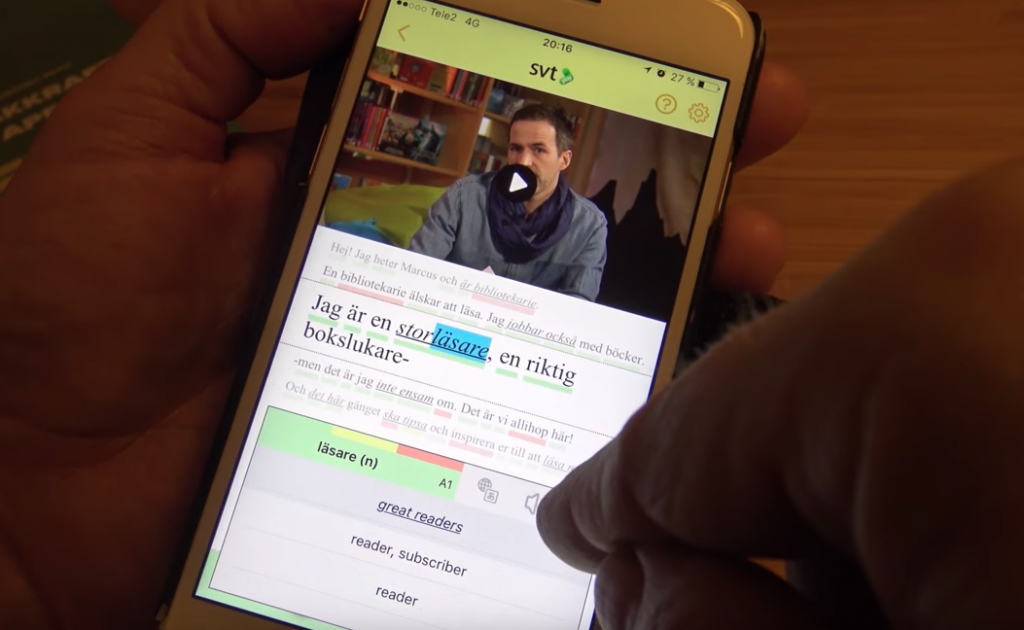 Can a public broadcaster’s vast archives of premium content be used to help accelerate the integration of immigrants into host cultures? Missing Link Media’s Jan Salling explains how Sweden’s public broadcaster SVT is leading the charge.

It’s long been acknowledged that learning the local language is one of the best ways for immigrants to integrate into their new communities. In 2015, at the peak of the European immigration crisis, a group of Swedish social entrepreneurs working for NGO Språkkraft set out to devise a tool that could facilitate this. They rapidly realised that their solution needed to be user-friendly, free and include moving images. These insights resulted in the first incarnation of the SVT LanguagePlay (SVT SpråkPlay) app.

SVT LanguagePlay was launched in 2016 by Språkkraft in co-operation with SVT and now features 18 foreign languages. Free to download, it hooks on to the public-service broadcaster’s free catch-up services and identifies all the available programming with subtitles. Users simply key in their knowledge level of the local host language, select their mother tongue and choose any programme from the menu.

Reusing publicly funded programming to integrate immigrants is a brilliant illustration of the value and power of public-service broadcasting.

SVT’s library contains thousands of hours of subtitled programming. Having selected a programme that catches their interest, users can pause the program and tap words to see them translated into their own language and hear them pronounced in Swedish. After the screening, they can use the same subtitles in a drag-and-drop exercise to earn points, which contributes to a better grading — and fewer highlighted words — the next time they screen an SVT show.

To date, SVT LanguagePlay has reached more than 250,000 users in Sweden, and has been found to accelerate language skills 10 times faster than traditional methods. As a result of this, it was awarded this year’s Best European Online Project at media festival Prix Europa. The goal was initially to empower all immigrants to learn Swedish in a fun and engaging way. Now, the NGO hopes do this globally.

But as gratifying as it is to receive international awards, SVT LanguagePlay’s true achievement — and true value — lies in its contribution to the greater good of Swedish society. That deserves to be trumpeted in a world where public-service broadcasters are constantly fighting to justify their existence to avoid brutal budget cuts, such as the ones recently imposed on Danish broadcaster DR.

Reusing publicly funded programming to integrate immigrants is a brilliant illustration of the value and power of public-service broadcasting. Public-service programming should educate, entertain and build bridges across cultures, religions and beliefs.

Without the obligation imposed on public-service broadcasters to subtitle the majority of the programming uploaded to their catch-up services an initiative like LanguagePlay could not exist – and Sweden would undoubtedly have been poorer for it.

Jan Salling is the CEO of Missing Link Media, which helped to broker the deal between Språkkraft and SVT.