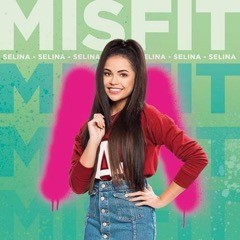 Joker Productions is rebranding as Splendid Studios as it looks to expand globally and produce more youth-skewing content.

The Cologne-based Joker, which was acquired by Germany’s Splendid Medien Group in 2016, creates entertainment and original content across various platforms and genres. It has been traditionally known for reality shows such as The Geissens, The Wollnys and Sarah and Pietro.

A new, global-facing outlook will see the rebranded business ramping up originals and development across both fiction and non-fiction, expanding the global reach of its formats, factual, scripted and feature films.

Its first project is theatrical film Misfit, which is being adapted from a Dutch film. Starring Sylvie Meis and Selina Mour, the film tells the story of a teenager who comes back to Germany from the US and struggles with being labelled an outsider at school.

Splendid Studios managing director Julie Link said: “In the current climate it is vital for producers to think globally and to work with the best creators and talent from around the world.

“Rebranding as Splendid Studios enables us to refocus and refresh our strategy going forward. We have the knowledge of traditional media and the innovation of digital media to create engaging, attention-grabbing, next-generation and original content.”

Andreas Klein, chairman of the board of management of Splendid Medien Group, added: “The repositioning and refocusing of the newly branded Splendid Studios will enable us to expand further into international scripted formats for both a theatrical and TV audience. Misfit is an exciting adaptation and is the first deal under our new banner, but we will be announcing a number of new television deals, across both fiction and non-fiction in the coming months.”