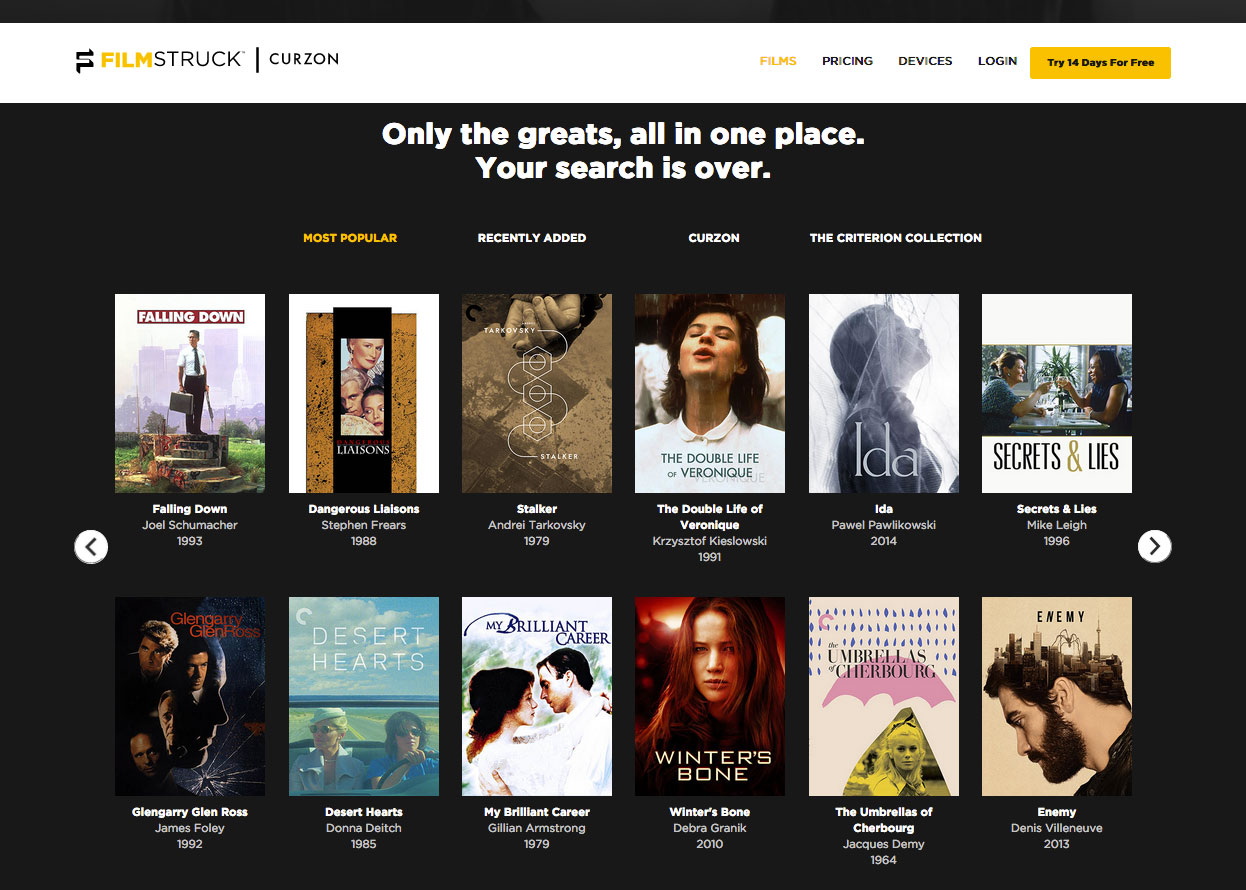 Turner and Warner Bros.-owned streamer FilmStruck is to cease domestic and international operations from November 29, 2018.

The news arrives two years after the film-focused streamer was launched and less-than a year after Turner rolled the service internationally.

“We’re incredibly proud of the creativity and innovations produced by the talented and dedicated teams who worked on FilmStruck over the past two years,” Turner said in a statement.

“While FilmStruck has a very loyal fanbase, it remains largely a niche service. We plan to take key learnings from FilmStruck to help shape future business decisions in the direct-to-consumer space and redirect this investment back into our collective portfolios.”

While WarnerMedia brands have performed well for AT&T, which acquired Time Warner in June, the corporation’s renewed focus on a new streamer that will be led by HBO content has led the company to rethink the portfolio of WarnerMedia and its assets.

Earlier this week, it was revealed that WarnerMedia led a 15% revenue rise for AT&T, with Turner revenues reaching $3bn, up 3.9% year-on-year and Warner Bros. revenues up by 7% at $3.7bn.