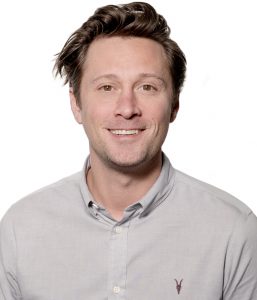 Heyerman will serve as EP on the super-indie’s US adaptation of Big Bounce Battle for Fox.

He will also work closely with DJ Nurre, executive VP of unscripted original series at Endemol Shine North America, on other current series.

Prior to that, he served as a consulting producer on Endemol Shine’s Best.Cover.Ever. for YouTube.

Heyerman was recently co-executive producer on The F Word (Fox), To Tell The Truth (ABC) and Super Human (Fox).

He also served as supervising producer on Millionaire Matchmaker (Bravo) and Sing Your Face Off (ABC), as well as senior producer on X Factor (Fox) and America’s Got Talent (NBC).

Nurre said: “Michael possesses the rare combination of having a strong creative vision and the ability to physically execute that vision at the highest level. We will be leaning heavily on his expertise to develop new ideas, as well as help shepherd our rapidly expanding current slate of shows.”

Heyerman added: “I am honored to be joining one of the most elite unscripted departments in our industry. Great storytelling is the key to every show worth watching and I look forward to developing and delivering many of them alongside Cris Abrego, Sharon Levy, DJ and the impressive team of producers here at Endemol Shine North America.”