Facebook has hired the UK’s former deputy prime minister as the head of global affairs and communications, as the company continues to face data protection controversy. 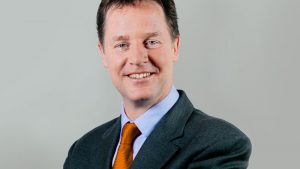 Clegg will replace Elliot Schrage, who revealed he would depart his role in June. The former deputy PM will move to Silicon Valley in January.

He agreed to take on the job after months of wooing by Facebook chief Mark Zuckerberg, according to Financial Times, which first reported the story.

Clegg led the UK’s Liberal Democrat party in coalition with David Cameron’s Conservatives between 2010 and 2015. He lost his seat in the UK’s 2017 general elections.

The former minister was also a member of the European Parliament in the past, a role that will be of aid to Facebook as it looks to face some of the toughest regulation challenges from the European Union.

Clegg joins the company as it faces a range of backlash for its influence to the result of the 2016 US election, the Cambridge Analytica privacy scandal and, more recently, a hacking scandal which saw 50 million of its users’ profiles become compromised.

This week, a list of Facebook investors proposed that Mark Zuckerberg step down as CEO as a result of recent scandals. Funds such as Trillium Asset Management suggested that Facebook hire an independent party to join the board instead.