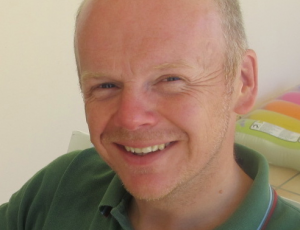 Beano Studios has appointed CBBC exec Tim Searle as its head of animation.

In the role, Searle will creatively direct and develop all of Beano Studios’ animated content.

The 25-year animation veteran was previously executive producer of animation at CBBC. He also served as EP of Danger Mouse.

Previously, he was series director of Mr. Bean at Tiger Aspect, where he also developed a number of projects as creative director for kids and animation.

He has produced animation and graphics for a range of comedy shows, including Have I Got News For You. He has also worked alongside Steve Coogan and Henry Normal at Baby Cow Animation.

In 2017, Beano Studios launched Dennis & Gnasher Unleashed! with CBBC, which became the highest-rated show during launch for 6-12 year-olds.

The show has been picked up internationally via deals with Super RTL (Germany), France Télévsions, Svergies (Sweden), TVE (Spain) and ABC Kids (Australia).

Beano Studios CEO Emma Scott said: “Tim joins us at a super exciting time for Beano Studios – he’s an amazing talent who will develop our rich catalogue of characters and be the creative vision behind Beano Studios animation.”

Searle added: “I’ve always loved Beano Studios characters and the ethos of encouraging ‘everyday rebellion’ really resonates with me. I’m delighted to be working with the excellent team who share the same passion to create well written character comedy.”