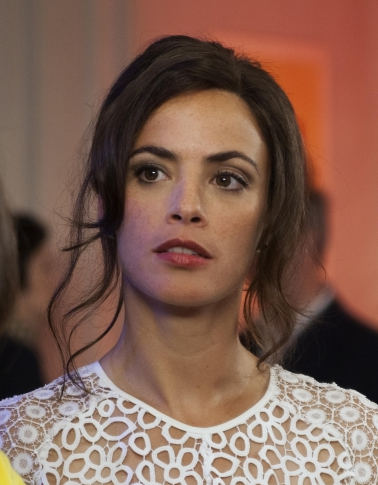 The 8 x 52-minute French Revolution-set drama, which is currently in development, is created by showrunner Tony Saint (Das Boot) and follows the relationship between the French artistocrat and 25-year-old Napoleon Bonaparte.

The Artist and The Past actor Bérénice Bejo (pictured, left) is set to front the drama, which will centre on Josephine’s story.

The drama is based on the historical biographies by Andrew Roberts (Napoleon: A Life) and Kate Williams (The Dangerous Life of Josephine Bonaparte).

Saint will pen the series alongside an as-yet-unnamed French writer.

The series will be shot in English by a duo of English and French directors.

Douglas Rae, managing director of Ecosse Films, said: “We are honoured to be working with two of Europe’s most distinguished programme makers, France 2 and Federation Entertainment, on such a bold and ambitious coproduction. Josephine’s role in Napoleon’s destiny will surprise and thrill audiences across the world.”

Pascal Breton, CEO of Federation Entertainment, added: “We’re thrilled to be working with France Télévisions and Ecosse Films to serialize two of France’s greatest historical figures: Josephine and Napoleon. Having the wonderful actress Bérénice Bejo join us to embody Joséphine makes the project even more exciting.”

Takis Candilis, MD of content for France Télévisions, added: ‘’Rare are projects such as this one that reveal historical figures with such accuracy and wit.  We are thrilled to see French history serialized and portrayed with a modern approach. Josephine was a free, strong and influential woman, remarkable in her day, incredibly relevant for our time.  We are extremely proud that Bérénice Bejo will star in this series’’.