Skybound Entertainment and Sony Pictures Television (SPT) has launched Skybound Galactic, a new venture formed and led by Rick Jacobs (pictured) that will finance the development and production of scripted television series. 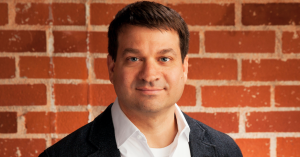 SPT is an investor in Galactic and will sell international rights for projects from the venture.

Galactic is also developing an adaptation of the Image Comics’ Nailbiter, created by Josh Williamson and Mike Henderson.

Sean and Bryan Furst, Skybound’s film and television co-presidents, will oversee the two projects on behalf of Skybound. They will also continue to expand the company’s slate while producing projects for Galactic.

Galactic has also landed a first-look deal with Top Cow, a partner studio of Image Comics. Top Cow titles already in development include The Darkness and Think Tank, with Top Cow partners Marc Silvestri and Matt Hawkins serving as executive producers for series developed under the deal.

Galactic will continue to pursue projects in the genre space and look to build co-productions with international partners.

Kirkman, Skybound Entertainment’s chairman, CEO David Alpert, and managing partner Jon Goldman will be among the board members of Skybound Galactic, along with Jacobs.

Keith Le Goy, president Worldwide Distribution at Sony Pictures Entertainment said: “The team at Skybound already has a stellar track record in creating successful genre properties, and like us, are committed to creating undeniable viewing experiences for audiences around the world. We look forward to many successful collaborations through our new venture.”