The BBC said it has completed nearly a third of its current £800 million cost saving target, but warned that making further reductions has “become increasingly difficult” without cutting services. 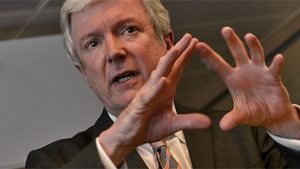 In an efficiency report titled ‘A Simpler BBC’, the public broadcaster said that it will have to make to “difficult choices” and push even harder in order to make £800m in savings by 2021/22.

BBC deputy director general, Ann Bulford, commented that while the BBC sought to protect spending on content as much as possible, “savings cannot simply come from overheads”.

“It’s not possible to make savings on this scale without also making changes to services, which some audiences will notice. Simply put, we cannot reduce our cost base by a fifth and not see impact in our content,” she said.

BBC director-general Tony Hall has already set out plans to reinvent the public service broadcasting for a new generation, stating that the BBC should be nimbler in allocating budgets and more entrepreneurial in responding to changes in the media market.

However, with fierce competition for talent and rights and rising audience expectations, Bulford said: “Reinventing the BBC at a time of unprecedented pressure will require difficult choices to be made.”

The BBC’s current £800m cost-cutting target is on top of the £700m in savings it made as part of its previous efficiency programme, ‘Delivering Quality First’.

DQF concluded in 2017 with the BBC delivering a total annual saving of £722m, including £712m of sustainable, ongoing savings that will continue in subsequent financial years.

As part of DQF, the BBC opted to close youth network BBC Three as a broadcast service and relaunched it as an online-only offering. The BBC also made savings on sports, notably giving up its rights to Formula 1 racing.

As a result of its earlier efforts, the BBC claims it has already reshaped itself into a streamlined business with fewer layers and divisions, less bureaucracy and accessible management.

The BBC claims that in 2017/18 more than 94% of core controllable spend was on content, distribution and related support costs, with just 5.7% going on overheads needed to run the organisation.

“The overall £800 million target, combined with changes to the ways people access and consume content, will mean that the programmes and services delivered will need review,” according to the report.

“We are making good progress in addressing the challenge to find another £800 million of annual savings by 2021/22. However, as the landscape in which the BBC engages evolves, this savings challenge will require further tough choices to maintain the BBC’s commitment to creativity and to give audiences the BBC service they expect for the licence fee.”