Desiree Akhavan burst onto the indie scene with her 2014 feature film Appropriate Behaviour, in which she played Shirin, a woman struggling to live up to Iranian cultural ideals while navigating her gender and identity. She one-upped herself earlier this year, when her most recent film, The Miseducation of Cameron Post, won the Grand Jury Prize at the Sundance Film Festival.

The actor-director has followed up with a number of starring roles in dramas such as HBO’s Girls and Channel 4’s Flowers, but with six-part series The Bisexual, she makes her writing debut in the serialized drama space.

Produced by Hootenanny – the comedy label owned by Jane Featherstone’s Sister Pictures – the show centres on New Yorker Leila, who is trying to adjust to life in London having left a ten-year relationship with girlfriend and business partner Sadie (British actor Maxine Peake).

After moving out of her and Sadie’s beautiful shared apartment, Leila rents a room from a neurotic novelist (Brian Gleeson), with whom she forms an unlikely bond, and who helps her navigate a new life dating both men and women while coming out as bisexual to her gay friends.

The project’s transatlantic flavour is indicative of an openness by audiences towards multinational characters, most recently seen in BBC America’s Killing Eve, which stars Grey’s Anatomy star Sandra Oh as an American agent working in London.

As actors from around the world flock to work with UK producers and our audience increasingly consumes content with a global scope, there is an expectation that international stars will be central to UK productions. 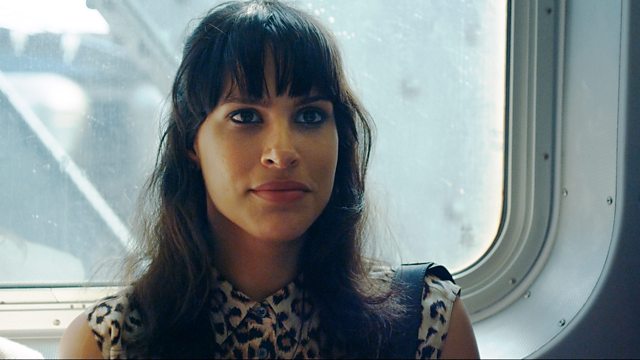 Similarly, it’s unlikely viewers will think twice at the American Akhavan starring in the UK-set drama.

“As actors from around the world flock to work with UK producers and our audience increasingly consumes content with a global scope, there is an expectation that international stars will be central to UK productions,” explains David Swetman, VP of acquisitions at All3Media International.

“The Bisexual is set in one of the most diverse parts of an incredibly diverse city so it’s completely natural to have an American star at its heart.

Swetman points out that the distributor got involved in The Bisexual shortly after the C4 commission.

“We’re always looking to invest in fresh and distinctive programming, and we’re excited to work with independent, award-winning producers, so collaborating with Sister Pictures, Hootenanny and Desiree Akhavan was an opportunity not to be missed,” he says.

“Desiree gives a unique and unflinchingly honest view of contemporary dating which is both funny and moving. We’re confident The Bisexual will cut through a crowded marketplace.”

The exec calls Hulu – which boarded The Bisexual in 2017 while steadily building up its originals slate with hits such as The Handmaid’s Tale – a “really constructive partner that completely shared Desiree’s creative vision for the series”.

“Their support and enthusiasm for the program right from reading the first script made them a great partner for the show,” he says.

Earlier this year, All3Media International pre-sold the title into France’s Canal+ and Australian SVOD service Stan, while Sky Network has picked up the show for New Zealand.

“We’re confident the show will appeal to audiences in a range of territories,” says Swetman, highlighting that the distributor will target both platforms and channels.