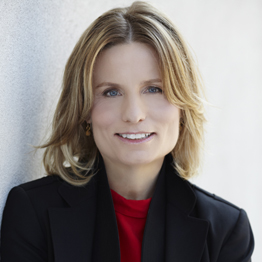 Blue Ant Media has restructured its North American division in a bid to strengthen its production slate in the US and Canada.

The Canadian producer-distributor has appointed producer Laura Michalchyshyn (pictured, right), who was most recently an EP on Dawn Porter’s Netflix doc Bobby Kennedy For President, as an original programming consultant and producer.

She will be based in New York, focusing on the North American production slate as well as connecting Blue Ant’s global producers with international buyers.

Elsewhere, Julie Chang has been appointed VP of international co-productions, while Dan Lubetkin has also been promoted to senior VP of US production and development.

All three execs will be at next week’s Mipcom market, where Blue Ant will be launching 8 x 60-minute docudrama The Witches of Salem, about America’s 17th Century witch trials, with US producer Talos Films.

Sniderman said: “With a significant and recognizable production business already established internationally, Blue Ant Media is turning its focus to Canada and the US, and these executive appointments are a springboard to our long-term content creation growth strategy in North America.

“Working closely with Laura Michalchyshyn is also very exciting for us. Her network of talented writers, filmmakers and producers will help us get new North American projects off the ground, which is critical to our goals of creating and owning more content with global resonance.”