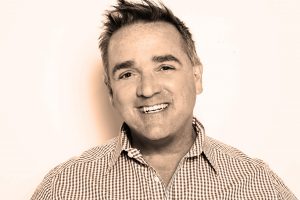 Intervention producer GRB Entertainment has rebranded as GRB Studios and promoted Scot Cru to president of the restructured business.

The rebrand comes as the Los Angeles-based producer-distributor looks to expand internationally and move into the premium content space.

Cru, who joined earlier this year as president of GRB’s international sales and distribution, has been promoted to president of the whole business and will be responsible for extending GRB’s reach across development, production, sales and acquisitions.

The exec will work alongside GRB founder and CEO Gary R. Benz.

As part of the restructuring, Karen Pinto has also been promoted to executive VP of production and Megan Reeves has been elevated to senior VP of development.

Patrice Choghi, who recently joined as senior VP of international, will continue in that post, running GRB’s international distribution and production arm.

Benz said: “I look forward to working with Scott, Karen, Megan and Patrice as we build GRB Studios to expand our reach domestically and internationally. Scot is a well-known and highly respected television executive, his enthusiasm for our company and the industry is contagious.”

Cru added: “In this ever-expanding global landscape, my focus is to continue the great work that GRB is doing while diversifying our revenue streams across more verticals, working closer with Independent Producers and cultivating relationships with both known and emerging content creators to monetize across multiple traditional and digital platforms.”