All3Media-owned Little Dot Studios (LDS) has hired Barcroft Productions’ head of development as it looks to expand its Real Stories strand into long-form docs and push further into the US market.

The platform has hired Paul Woolf, one of the creators of Barcroft’s Netflix original Amazing Interiors, as head of US unscripted development.

The appointment comes as LDS looks to expand content from its documentary-focused Real Stories hub – whose recent commissions include Vanished and In Your Face – into longer-form projects for networks and platforms, and the US market. 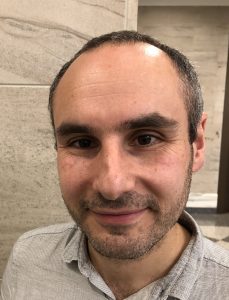 Real Stories is overseen by executive editor Alex Hryniewicz and is available across YouTube, Facebook Watch, Amazon and Roku. The platform hosts more than 700 documentaries, and generates 1m views a day, with an average watch time in excess of 20 minutes.

The vast majority of its audience is in the US, Canada, UK and Australasia.

With more than 20 years’ experience originating programming for channels and digital platforms, Woolf has worked across doc series, history and science films, children’s programming and entertainment.

At Barcroft, he produced specials for Channel 4 and Animal Planet, as well as new short-form projects for A+E Networks UK and Barcroft’s own digital platforms.

Prior to that, he was at Maverick TV, where he developed long-running series such as Bizarre ER and the BAFTA-winning Operation Ouch.

Paul’s hiring complements LDS’ growing US presence following the arrival of Holly Graham as head of partnerships for the US.

Woolf said: “I’m delighted to join a team that’s committed to innovation, has an incredibly broad and deep understanding of both TV and social platforms, puts enthralling storytelling at the heart of all it does, and creates shows with a real sense of wonder and spectacle.”

Dan Jones, director of content at LDS, added: “Paul is a fantastic development talent and his arrival allows us to make a sustained push in the US, which is hugely exciting.”