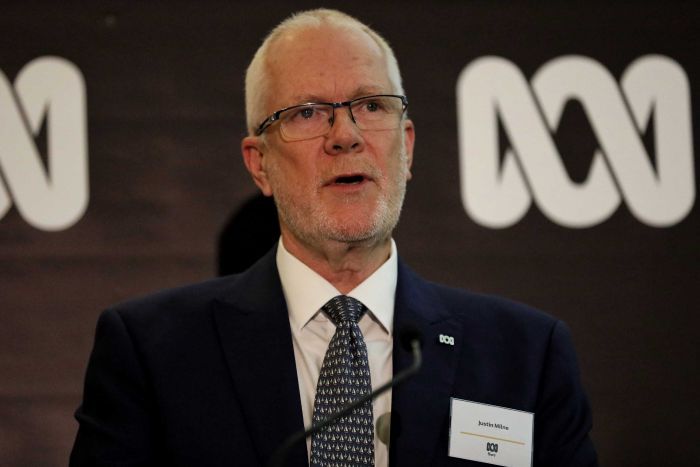 ABC Australia chairman John Milne (pictured) has resigned amid claims that he enabled government interference in the journalism of the public broadcaster.

A year into his post, Milne has stepped down from ABC after reports emerged that he had called for certain political journalists to be fired because the Australian government took umbrage with their reporting.

The announcement of Guthrie’s exit was initially made by Milne, who told local reporters that the former Google exec’s “leadership style” came into account and that her relationship with the Australian government “could have been better”, according to ABC News.

Now, an email from Milne to Guthrie obtained by Australian publisher Fairfax Media – which owns a number of outlets, including The Sydney Morning Herald – has shown Milne asking the latter to fire the ABC’s chief economics correspondent Emma Alberici back in May.

“They [the government] hate her,” he reportedly wrote in the email.

Milne is also said to have asked Guthrie to fire ABC political editor Andrew Probyn, allegedly telling her that “you just have to shoot him” because the reporter was disliked by former prime minister Malcolm Turnbull.

Turnbull, who has been in New York after being ousted by his party last month, denied the allegations, but noted that, “As is a matter of public record, we did complain about the very poor standards of journalism, and lack of accuracy of journalism shown on a number of occasions by ABC journalists.”

The ABC board held an emergency morning meeting on Thursday (September 27) that is said to have resulted in a request for Milne to step down from the broadcaster.

Shortly after, Milne resigned from the post. In a statement, he has denied being directed to “seek the sacking of an ABC staff member”.

He has also denied directing ABC management to fire a staff member. “I have only ever acted with the interests of the ABC at heart. I have always and continue to respect editorial independence as a bedrock principle of the ABC,” he said.

A government inquiry has been planned to investigate any interference with the journalism of the ABC.