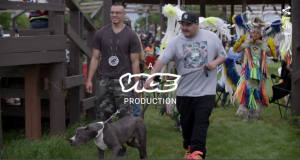 Dirty Tricks (w/t) will be fronted by social media starand magician Ryan Tricks with a number of guest appearances throughout the series. Tricks has already racked up over 200 million views across social media and has performed for numerous high-profile clients from Simon Cowell to Kevin Hart and Ice Cube.

The title is executive produced by Yonni Usiskin and Adam Hopkins for Vice Studios and commissioned by Sebastian Cardwell for 5STAR and is due to TX later this year.

“We are looking forward to producing a uniquely entertaining and characteristically Viceshow that features an exciting new talent, Ryan Tricks. At Vice, we are committed to working with up and coming talent and have a proven track record in finding and supporting new talent as they launch and develop their careers.”

Dirty Tricks (w/t) is the latest slate addition for Vice Studios in the UK, whose recent portfolio includes Britain’s Cocaine Epidemic and Drug Wars (w/t) (Channel 5); BBC2 documentary The Satanic Verses, based on The Salman Rushdie Affair; Beat the Internet game show (Dave); and the Studios’ first feature film Time To Die, which was announced at this year’s Cannes Film Festival.