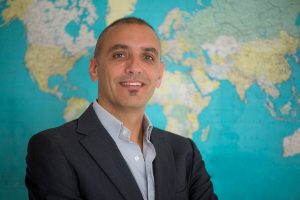 Blackant is a media and sports advisory company that consults with media groups such as Italy’s pubcaster, Rai.

In his new role, Teubal will oversee A+E Network’s Italian arm and its three channels History, Crime+Investigation and Blaze.

Teubal will also lead the growth of A+E’s partnership with Sky Italia, while developing further opportunities in Italy.

He will report to Dean Possenniskie, managing director of A+E Networks EMEA.

Possenniskie said of Teubal: “His deep-rooted experience spans traditional and digital media across many disciplines and roles. We look forward to his oversight and leadership as we continue to evolve and grow our business and brands in Italy.”

Formerly Teubal was also founder of Cucu Sports & Entertainment, an online company based in London and Italy that runs an influencer marketing platform for athletes and celebrities. He was also CEO of Sicialian football team Palermo in Serie A from 2012 to 2014.

An industry veteran, Teubal has worked across a range of media groups including Mediaset, Sky Multi-Country Partners and Endemol Argentina.