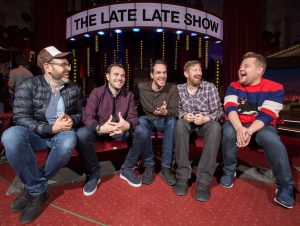 Under the terms of the deal, the London and Los Angeles-based producer will continue to operate as an independent entity under its existing management structure.

Fulwell 73 has produced titles such as Apple’s Carpool Karaoke, Drop the Mic, as well as Class of 92. It also coproduces The Late Late Show with James Corden.

Meanwhile, Valence Media is known for Netflix hits House of Cards and Ozark, as well as Starz title Counterpart.

Given Fulwell 73’s footprint in digital titles and Valence’s expertise in scripted TV and film, live events and digital media, the investment is expected to drive value to both companies as they look to expand their content offerings.

“Fulwell 73 is a leader in incorporating music, comedy and sports in innovative ways across its global TV, documentary, digital and film content,” said Valence Co-CEOs Asif Satchu and Modi Wiczyk.

“Each of Fulwell 73’s partners uniquely combines artistry and entrepreneurship and together they have built a remarkable organization that shares these capabilities. Valence is an organization dedicated to supporting and growing leaders and artists and we are excited to join, contribute to and benefit from this new partnership.”

Pearlman added: “As a company we have never stood still and in Valence we now have a partner that can support the ambitions we have for growth, match our entrepreneurial spirit and share our demand for the highest creative standards, whilst allowing us to retain the independence that has been so integral to our success.”