Replacing outgoing chief Danny Perkins, she will be responsible for setting up and running a new in-house film production arm developing British films. She will continue to run the Manchester-based Red, which was acquired by Studiocanal in 2013. 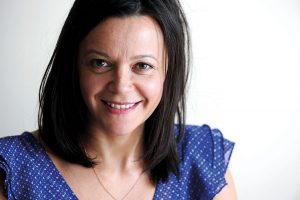 She joins the business on 1 October, reporting into Studiocanal chairman Didier Lupfer.

Shindler is also to work closely with Ron Halpern, EVP of international production and acquisitions, who will continue to helm third-party productions around the world, including the UK.

As a result of Shindler’s new Studiocanal UK duties, Red is reshuffling its exec structure, with Richard Fee, Michaela Fereday and Jemma Rogers now working alongside her as Red’s executive producers.

TBI understands that the business is close to greenlight on a new Netflix drama from Coben, who recently struck a multi-year overall deal with the streaming giant to adapt 14 of the writer’s titles into English and foreign-language series and films.