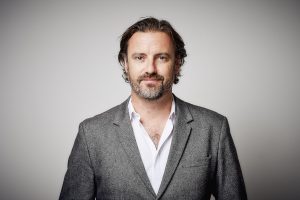 DRG is to replace its founder and chairman Jeremy Fox with Morten Mogensen from NENT Studios, while also appointing Richard Halliwell (pictured) as the CEO for its own Atrium TV

The appointments follow the decision by Fox, DRG founder and chairman and Atrium TV CEO, to move on to new projects after completing his earn-out.

Mogensen is from NENT Studios, part of Nordic Entertainment Group (NENT Group), which acquired DRG in 2013 and will now also buy Fox’s remaining shares in the business.

Atrium, a subsidiary of DRG, was founded in 2017 as a premium scripted drama commissioning club for regional streaming services and telecom operators around the world. Halliwell, a former chief executive of DRG, will now take the lead on this part of the business.

Mogensen said: “The entertainment industry is evolving more rapidly than ever, so quality drama content is in greater demand than ever. DRG and Atrium TV are both leading the way, and Jeremy is a key figure in the industry – as both the founder of DRG and the architect behind DRG’s entity Atrium TV.

“As Jeremy has chosen to move on to new projects outside the group we wish him well and look forward to continuing the successful development of both businesses. Richard will now be CEO of both companies and ensure that we implement the existing strategy, build even more innovative collaborations and deliver great programming.”

Halliwell added: “I am delighted and excited to take on this new role. Atrium TV is a ground-breaking business concept, bringing together some of the best known streaming services and network operators around the world and pairing them with exceptional writers and producers.

“Working with Jeremy for the last five years has been a fantastic experience. DRG is today an industry benchmark for content creation and distribution across all platforms, and Atrium TV’s innovation and momentum is attracting global interest.”