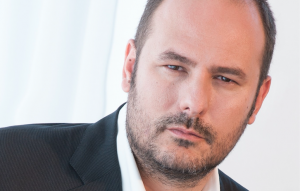 Scrosati, currently executive VP of programming at Sky Italia, will succeed Sangeeta Desai, who stepped down as COO and CEO of emerging markets earlier this year. She was in the role for five years.

Scrosati joins in November and will be based in the company’s global headquarters in London. He will remain chair of Vision Distribution, the joint venture movie distribution company set up in 2016 between Sky Italia and five independent Italian production companies, including Wildside.

Reporting to Jennifer Mullin, who joined Fremantle as group CEO in July, Scrosati will have board level responsibility for central group functions including strategy, M&A, legal and business affairs.

Scrosati will be a member of Fremantle’s global operating board and its investment committee. He will also be chair of Fremantle’s production companies Wildside (Italy), Miso Film (Scandinavia) and Abot Hameiri (Israel) and will serve on the board of both Kwai and Fontaram in France.

Additionally, Scrosati will have business and operational responsibility for the execution of Fremantle’s global scripted plan, ensuring that projects are adequately resourced and positioned at the point of greenlight. He will work closely with Sarah Doole, Fremantle’s director of global drama, and Jens Richter, CEO of International, throughout development, financing and pre-production.

Mullin said: “I couldn’t be more excited to welcome Andrea to Fremantle. His deep understanding of audiences, his global mindset, his track-record of taking bold risks, and his world-class creative and commercial acumen are all going to be invaluable as we embark on an increasingly ambitious path to growth.

“I would also like to thank Sangeeta for all of her work over the last five years. She has been a crucial architect of Fremantle’s push into high-end drama, our big strategic investments and our sustained global growth, and she will be very greatly missed.”

Scrosati has been with Sky Italia since 2007, initially joining as VP of corporate and market communications. He has acted as executive VP of programming since 2010.

“After over a decade at Sky Italia, I can look back at many ground-breaking achievements, an amazing team, a fantastic company and only great memories – and now I look forward to starting this exciting new adventure working with Jennifer and the very best talent in the industry,” he said.