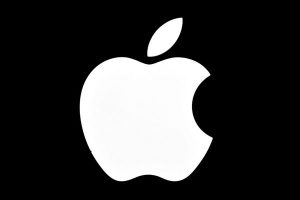 On Wednesday Netflix shares were down by 6.2% by market cap. This was after a note was shared by Morgan Stanley revealing its positive predictions for Apple’s upcoming video streaming service.

The note stated that Apple’s upcoming service may be priced at a lower rate than competitors, and also that it has the potential to reach 50 million paid subscribers by 2025.

“Combined with Apple’s stand-alone streaming music business, which we project grows into an $18 billion revenue generator over the same time period (from roughly $4B at the end of 2018), streaming video and music would become a $22 billion business by 2025, roughly equal to the size of Netflix and Spotify combined today,” said Morgan Stanley.

The note also said that the new Apple service could eventually be perceived as a “higher value” service by consumers and that it the service “will become a reality sooner than investors think”.

Netflix has seen more volatility than usual in the stock market in the second half of the year, as competitor streaming services begin to squeeze the company and its dominance in the video streaming space.

As a result we’re seeing the platform build on new strategies for growth, from hiring Disney’s consumer product chief to testing ads between episodes.

Asian OTT service Viu has now launched in Myanmar, it will be the country’s first wholly subtitled video service

Channel 4’s Baghdad Central has started production in Morocco. It is created by BAFTA-nominated Stephen Butchard (The Last Kingdom)

Allied Integrated Marketing is opening a London office and rebranding as Allied Global Marketing. The service will focus on digital and direct-response customer acquisition strategies for new global streaming services