Global indie studio Propagate has signed a development deal with actress Dina Shihabi (Tom Clancy’s Jack Ryan) for a scripted series based on the Saudi-American experience. 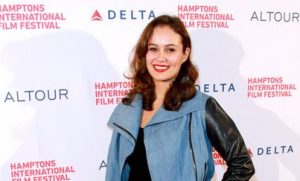 Habibti, the name of the title and a term of endearment in Arabic, is based on the experiences of Shihabi and her Saudi friends living in Los Angeles.

The series follows three Saudi women as they straddle two cultures, navigate life in the city, build lives for themselves in the US and return home to the Kingdom.

Living most of her life in Dubai, Shihabi moved to New York and became the first Middle-East born woman to be accepted to both the Julliard and NYU Graduate Acting programs. She appeared in recurring role on CBS’s Madam Secretary, and will appear in the upcoming Amazon series Tom Clancy’s Jack Ryan.

“When we met Dina and heard her story, we were instantly hooked,” said Silverman and Owens.

“Developing authentic voices has been part of Propagate’s DNA, and it has been our mission to identify unique talent like Dina and share their stories with the rest of the world.  We believe this coming of age story of a young Saudi actress will tap into the cultural zeitgeist and will resonate with audiences worldwide.”

Propagate executives have a strong track record of bringing female-led stories and stories from rarely-heard voices to television. Silverman’s credits include the hit scripted series Jane the Virgin and Ugly Betty, as well as its upcoming new production of Charmed for the CW.