History is set to premiere its original documentary Watergate, from Academy Award-winning director Charles Ferguson, on television this November. 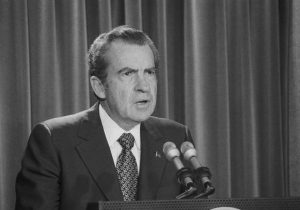 The title will have its theatrical release on October 12 and broadcast release on November 2-4.

The special six-hour, three-night event series chronicles one of the biggest criminal conspiracies in modern politics and features a roster of some of the most important media, legal and political figures from the scandal.

The current political climate in the US has triggered renewed interest in the Watergate scandal, with many media outlets, such as Slate podcast Slow Burn, also tackling the topic. The feature documentary explores many of the same issues being debated today including the handling of presidential misconduct.

Watergate is produced by Representational Pictures for History. Charles Ferguson is director and producer, with Krista Parris also producing.

“This special event series provides the most comprehensive look at the investigation, featuring many of the heroes and villains who played prominent roles in the scandal whose repercussions are still being felt today.”