France 3 director Dana Hastier is set to depart the company after over a decade at France Télévisions, prompting a reorganisation of the broadcast group. 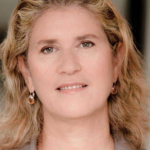 Hastier will depart the group in September and hopes to change the direction of her career, according to the company.

The group said in a statement: “After eleven years at France Télévisions at the head of the documentaries of France 2, then of France 3, then at the executive direction of France 3, Dana Hastier wished to give a new orientation to her professional life.

“In agreement with Delphine Ernotte Cunci, Dana Hastier will be leaving at the end of September.”

Hastier was named head of the channel in 2014 by Rémy Pflimlin, who was then president of France Télévisions. Delphine Ernotte has since taken the lead at the broadcast group.

Due to the move France Télévisions will consider a full reorganization of the group. Takis Candilis, who was appointed at the beginning of the year as deputy director general for broadcasting and programs, has been recruited to set up a new organisation in which the leaders of the channels will be replaced by thematic managers.