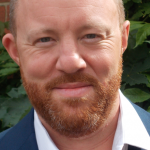 Elephant is the BAFTA winning production arm of UK broadcaster Channel 5, and producer of MTV and Comedy Central content in the territory.

In the newly created role, Taylor will take overall responsibility for all content developed and produced by the studio. He starts in September.

Taylor is well known in the industry for a string of successful feature, format and documentary commissions including The Hairy Bikers: Mums Know Best and Secret Britain for the BBC as well as An Hour to Catch A Killer with Sir Trevor McDonald for ITV.

He joins from Potato, where he most recently served as creative director, overseeing factual and factual entertainment including formats, drama documentaries, specialist factual and one offs.

“Ed has an impressive track record in the creative industry and brings with him significant and invaluable experience,” said Dunthorne. “As we continue to build on the success of Elephant House Studios, I can’t think of a better team than Ed and Joe to take us in the right direction.”