BrewDog sets up SVOD service with 100 hours of content 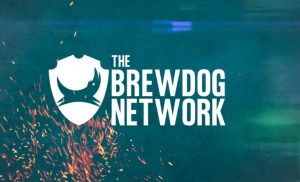 The service will be available worldwide for $4.99 per month, kicking of with 100 hours worth of content.

All content will be curated by BrewDog co-founders James Watt and Martin Dickie.

The BrewDog Network is set to launch 14 original series including The BrewDog Show by Watt and Dickie, Are You Smarter Than a Drunk Person, where an average trivia competitor goes head-to-head with a MENSA genius who’s not sober, and a game show hosted by actress and comedian Alison Becker (Parks and Recreation).

Curated acquisitions will include: William Shatner’s Brown Bag Wine Tasting, a “celebration of wine and wandering conversation”; Zane Lamprey’s Drinking Made Easy, a pub-crawl exploring the local drinking culture of various cities in the United States; and The Flying Winemaker, an international wine and travel show, among others.

Chris Burke and Jared Cotton of Redtail Media, the long time creative collaborators and Emmy-winning producers of the hit series Brew Dogs, have been named general manager and head of creative, respectively, for The BrewDog Network.

“After our previous TV show Brew Dogs got cancelled, we didn’t want to sit around in our underpants, crying into a tub of ice cream.  So we decided the only thing to do would be to build our own TV network,” said Watt.

“This is a genuine move to take the video-on-demand revolution to a new level. Driven by true passion and enthusiasm, we are doing exactly what we did with craft beer; raising standards and eyebrows in equal measure.”